All the demo recordings of the oldest Dutch Thrash/Death Metal band (est. 1984) collected on a deluxe 2-LP with poster!

As a special celebration of the band´s 35th anniversary, Hammerheart Records is thrilled to unleash a 2-LP set that compiles all studio demos + rarities by this seminal Thrash/Death Metal band from The Netherlands, absolute precursors of the extreme side of Metal in their country. Released on a 2-CD edition by our friends of Memento Mori from Spain we could not resist a vinyl edition, and we think many worldwide will agree. All songs were digitalized from the original sources and subtly mastered for an even more pleasurable listening experience. Also included as a very special treat for this compilation, two old songs re-recorded in early 2019 featuring former guitar player and original member Remco de Maaijer as guest musician.

The killer cover art is done by Mörtuus.

Thanatos needs no real introduction. Started in 1984 (!) and debuting with a record called “Emerging From The Netherlands” on CD/LP in 1990. Meanwhile the band has 7 full length albums under the belt, among the 2020 release on Listnable Records “Violent Death Rituals” (a great album). Hammerheart Records worked with Thanatos already when they made a come back in 2000 so we always stayed in touch.

For fans of old school Thrash/Death Metal in general, that long for that glorious tape-trading days, when demos from the underground were very exciting, new and fresh. I wish I was 17 again! 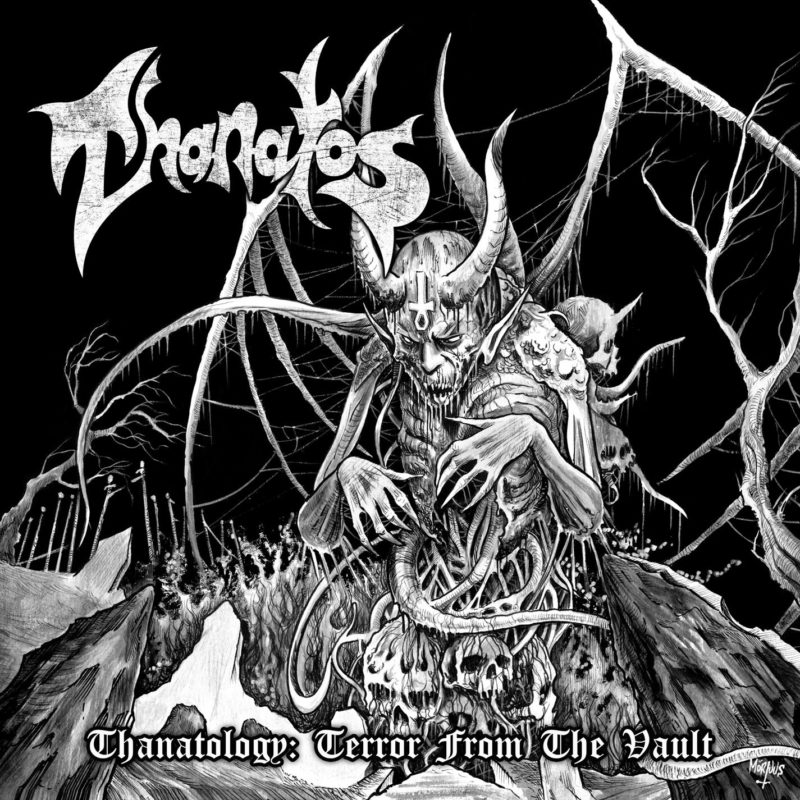 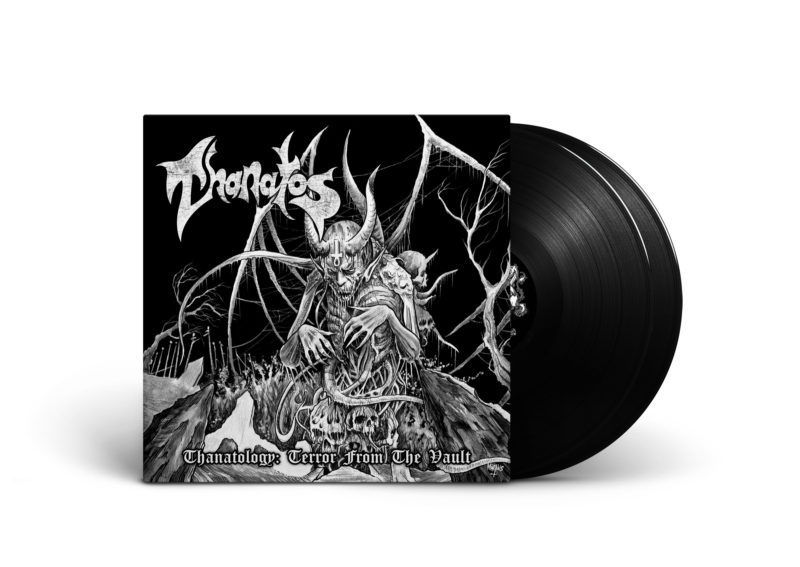