Sarcasm’s “Esoteric Tales Of The Unserene” LP is out now!

Long overdue vinyl issue of a killer album. Sweden’s Sarcasm once again proves these guys are one of the leaders of melodic Death Metal!

Hammerheart Records has become the record label for Sarcasm. Because of the problems that faced the release of the vinyl edition from their latest album we decided to support the great band and make their killer 2019 album finally available on LP! They deserve it.

Sarcasm has had a storied career. Originally formed in Sweden in 1987, Sarcasm would release blistering Death Metal throughout the early and mid-90’s. After a short-lived reunion in 1997, they would come back into the fold in 2015 with a new re-designed version of their lineup.They return with their new full-length album “Esoteric Tales of the Unserene”.

Sarcasm has this blend of old-school meets newer Death Metal. Although, they clearly have their ties in being an older Death Metal band, their sound still brings with it the youthful exuberance of newer Death Metal bands. They have this almost blackened style of Death Metal that cuts like a knife. The impressive guitar work is highlighted by the brutal blast beats and vile vocals emanating in every track. What I truly love is how the instrumentation comes in so clearly, nothing is drowning one or the other out. A surprising factor to their music is the slowing down of the tempo to offer up a more melodic sound. This is the newer Death Metal sound that I am hearing from this album.

A lot of times the old school Death Metal bands seem to be stuck in their ways, but Sarcasm has implemented the more melodic sound to their brutal repertoire. One should appreciate the vile black metal styled vocals on the album, as they work so well together with the professional sounding musicianship. The melodic style is not indicative of the old-school Death Metal sound. One can truly appreciate when Death Metal bands aren’t one dimensional.

The angelic backing vocals are also a very nice touch. Sarcasm seems to have a style all their own. Take Black Metal, melodic, and Death Metal and blend it all up then you’ll have “Esoteric Tales of the Unserene”. The music is beautiful, vile, and brutal all in the same. There is a lot of musical tones to process in the album. This is the higher level of musicianship I can appreciate in Death Metal. “Esoteric Tales of the Unserene” is a triumphantly diverse Death Metal album that brings a complete and competent sound. Sarcasm deliver on every facet musically.

Go bang your head to this one if you like Dissection, Unanimated, Dawn and Necrophobic! 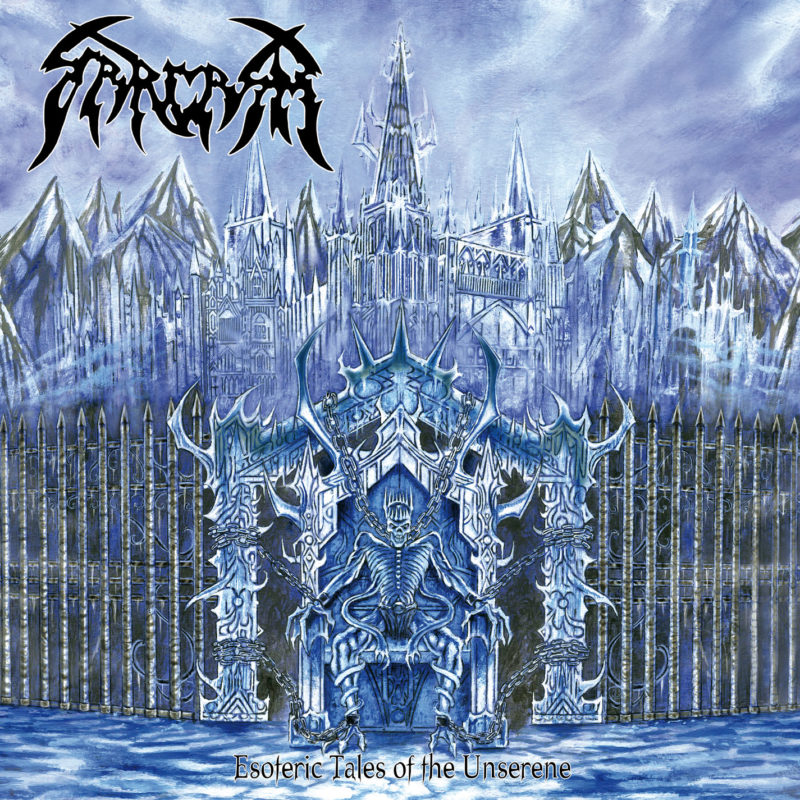