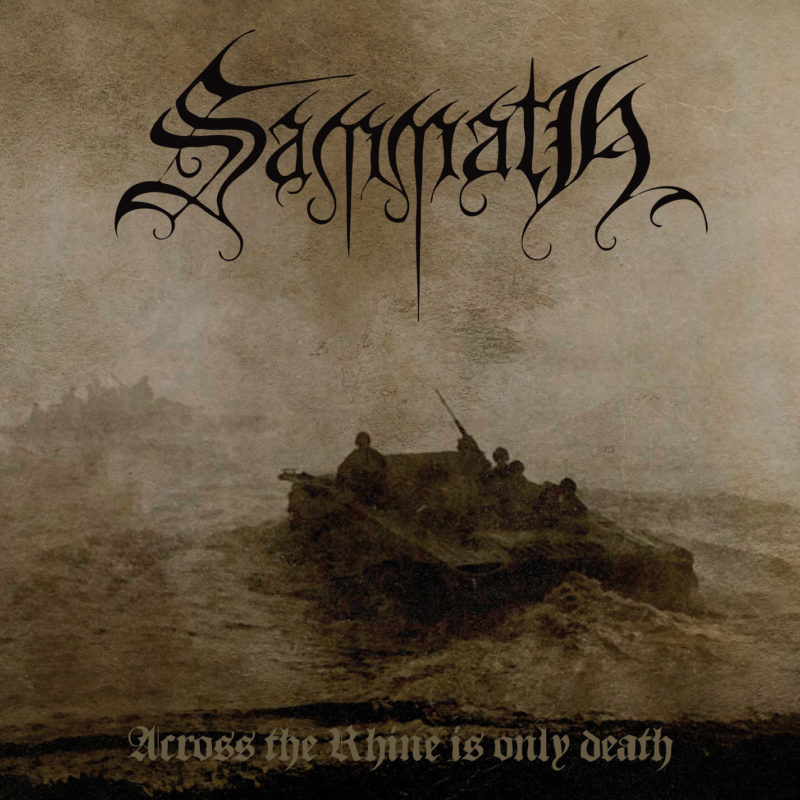 War isn’t pretty, and a lot of metal romanticizes it. Yes, the act of war itself might be something particularly inspiring for the violent, brooding world of metal. Cinematically, though, metal seems to be more like a propaganda film with a clear winner and chosen side than revealing the true face of war.

Sammath‘s is the music of war. It is horrifying, atonal, brutal – the kind of music one would avoid listening to with others. The bloodthirsty, blasting sound which emanates from their instruments is anti-life, anti-god, and, as a result, it is impenetrable. Watch the war footage imbued video for “Ferocious Mortar Fire” below.

Fighting the Satanic war against godliness and life, Sammath’s savage sounds are against everything one holds dear, and they sound as such. This is not comforting music, but in its brutality is its intense honesty. With lyrics which cast aside the Christian god and narrate the destruction of life found within a battle, this trio’s depiction of “war metal” sounds more like the former than the latter. This is pure ruination, revealing Death as the true victor of war.