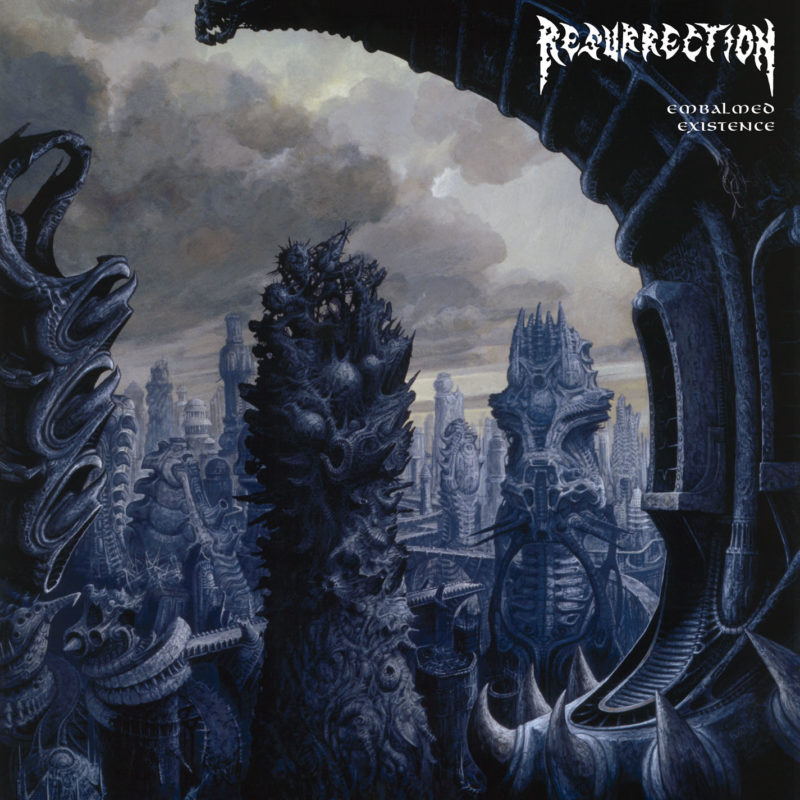 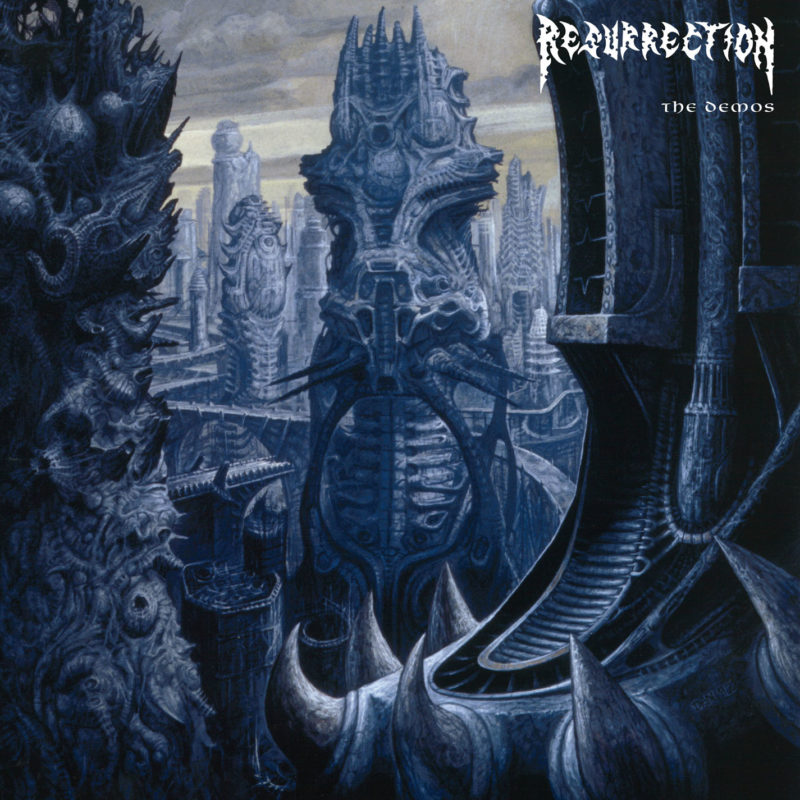 The defining feature of Resurrection’s “Embalmed Existence” (originally released on Nuclear Blast in 1993) was “The Storyteller.” He was essentially an amateur voice actor who assumed an insane persona to tell an insane story. Voiceovers, which in sum formed the story, began every track but one. The result was a death metal record that felt like a twisted children’s tale. Love them or hate them the voiceovers were unique.

Now Hammerheart Records will finally reissue the record with its original 1993 contents. The limited bundled set (with the demos on a seperate LP) and the 2-CD will feature along with remastered sound the two demos (which are interesting, as songs often take different forms). The lavish liner notes feature historical photos and essays regarding the reissue, the demos, and the origin of The Storyteller.

Such distractions aside, the album is deservedly a minor classic. It might have become a major one had the band not split up after its release. Instead, it remains a sturdy memento of the Florida death metal sound – atonal, sometimes technical, without the bluesiness of its Swedish counterpart. Touches of musicality, like abstract chords and exotic solos, occasionally crop up. Alex Marquez of Malevolent Creation repute contributes lively drums. The melisma in Paul Degolyer’s growl recalls that of Obituary’s John Tardy.

We have no hesitation in naming it one of the better Florida death records of 1993, with more durability than even heavyweights like Morbid Angel and Atheist were able to muster that year. The debut also benefits from great production and even greater cover art. Granted, Scott Burns and Dan Seagrave were the usual standbys for this scene, but both did good by Resurrection.

If Resurrection had had more time, “Embalmed Existence” might be mentioned today in the same sentence as “Leprosy” or “Cause of Death”. Resurrection might have come along a few years too late to avoid the precedents that had been laid by their Floridian peers, but they did an admirable job of refining the bludgeoning force of Deicide, Pestilence, Obituary, and Death into something nonetheless worth your time.

For fans and collectors of: Classic US (Florida) Death Metal acts such as:
earlier Death, Obituary, Deicide, Malevolent Creation, Atheist