In March 2020 Hammerheart Records will re-issue Hooded Menace’s “Never Cross The Dead” as a 10th anniversary edition on 2-LP, slipcase CD and MC. It is a highly regarded album, critically acclaimed and Hooded Menace’s will perform this album in 2020 live. Ten years have passed, so it is time to celebrate with the Dead again! 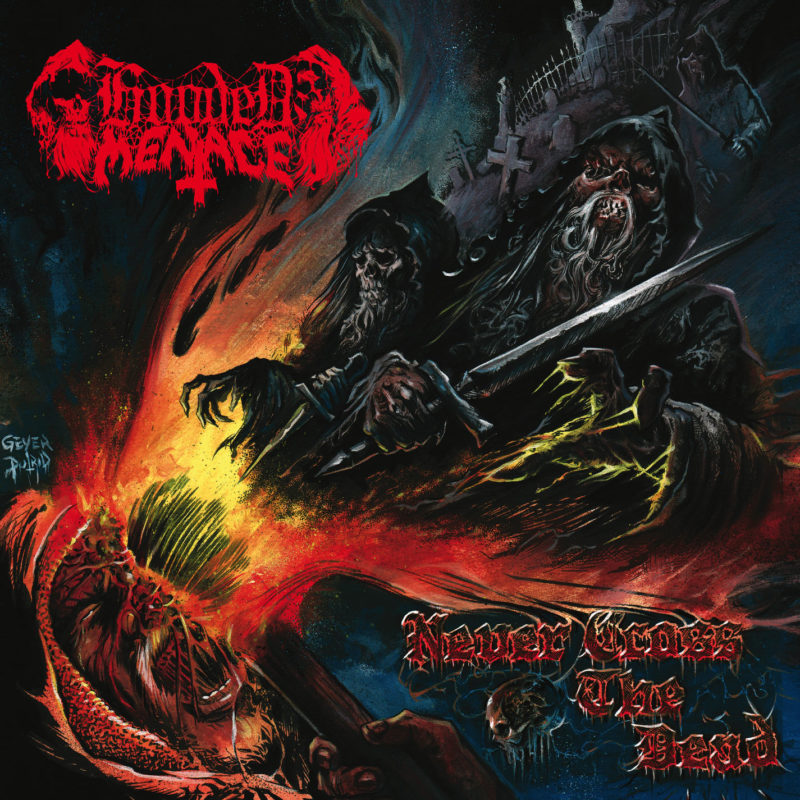 Listening again now to “Never Cross The Dead” it is difficult not to think of as the very best of their breed, because Hooded Menace is most likely the best of these revival works which channel the crushing sounds of 90’s forebears into a tidier, modern mortuary of goddamn Death and Doom. To take a long stagnant genre like Death/Doom and not only invigorate it, but make it fun to listen to is no simple feat, but we have learned not to bite the the hand that feeds, especially when its gouging us on a sound we have rarely enjoyed in many years. It is all here: the crushing force of bands like Asphyx or Runemagick in their most doomed of days, with a dash of the even earlier charisma of Autopsy, or My Dying Bride and Paradise Lost at their most loathsome, ichor bleeding hearts. But “Never Cross the Dead” does not just end there. The band have sharpened their scalpels and dissected precisely what makes each one of these songs effective, and honed each of the seven original compositions here into a perfect, solemn force spinning tales of morbid, classic horror.

Rarely did an album flow with such determination, and we can hardly think of a single riff across the first 48 minutes which does not seriously kick ass. Unlike many albums of its type, however, “Never Cross the Dead” does not simply settle for slower, boring material through its entirely, very often picking up to a rousing mid paced crushing rhythm (as in “Never Cross the Dead” or “Night of the Deathcult”) that induces immediate headbanging alongside Lasse’s masterful, massive grinding vocals.

One could have thought himself tired of this style after “Fulfill the Curse” had Hooded Menace simply decided to phone in a sequel, but it is clear a great care has been placed into just about every festering, necrotic second of this record. It is one of the best albums in this genre ever, and well worth the investment whether you are an old hand at the cemetery or you have just started digging up graves. 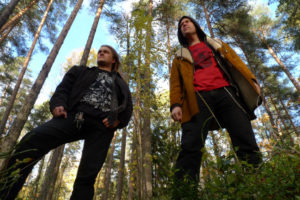