We present you the five favourite horror movies from Entrails! Let’s find out about mr. Flesh his choices!

The new Entrails album “An Eternal Time of Decay” is out now on CD/LP/Digital: https://lnk.to/entrails 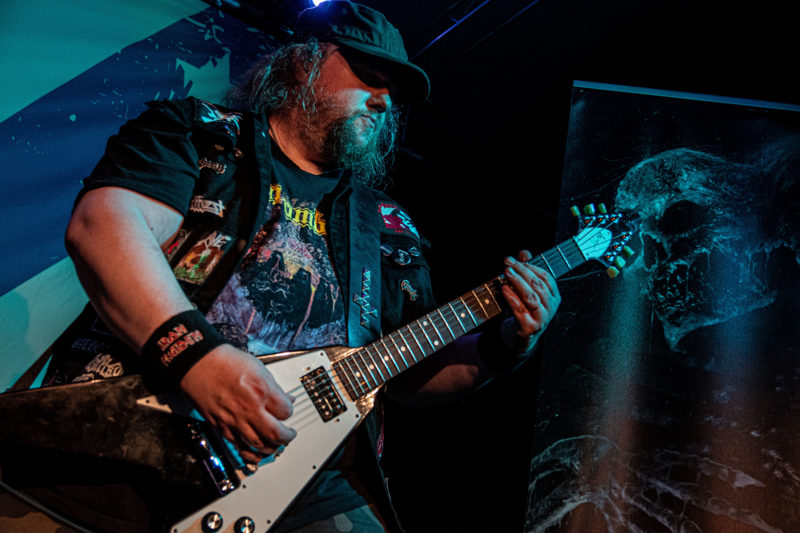 Who cannot like Sam Raimi’s masterpieces? The evil and dark humor that appears on these 3 movies. Started with an extreme low budget and was done with videocams and just some sick imagination. Still enjoyable movies for me. And I just couldn’t pick one of them, so it had to be them all.

Peter Jackson’s sick movie about that rat monkey who shouldn’t bite a human. This is what happens, and all hell breaks loose. The dead are everywhere, and Lionel and his Girlfriend had to stop this and what couldn’t be better than just make a lawnmower to a killing tool. Full splatter and gore in this one along with sick humor and big laughs.

This movie is rather fun to see. a neighbor that doesn’t seem to be as normal that everyone says he is. A vampire that got a little wild and starting to kill everyone around and a guy trying to convince a vampire slayer who is a coward and just be this slayer on a tv show but finally got a grip o things and they starting to hunt this vampire down. A few laughs and some scary moments for sure. The follow up is not that good but watchable.

A movie who has this cold morgue atmosphere and a lunatic that have explored a serum who can bring back the dead just by add this into the brain. Just figure what would happen when this happens and into the morgue. Also, some laughs and fun to watch. And there is a follow up on this one also who just continue to follow a lunatic with this serum and tries to rebuild an old girlfriend with parts from many dead ones.

This is a great and scary movie. And it must be the very first one and not the remake. This kid and that cat and what really happens in the movie is scary. Many moments where you jump high because of the scary moments. Stephen King knows how to do movies that bites you.