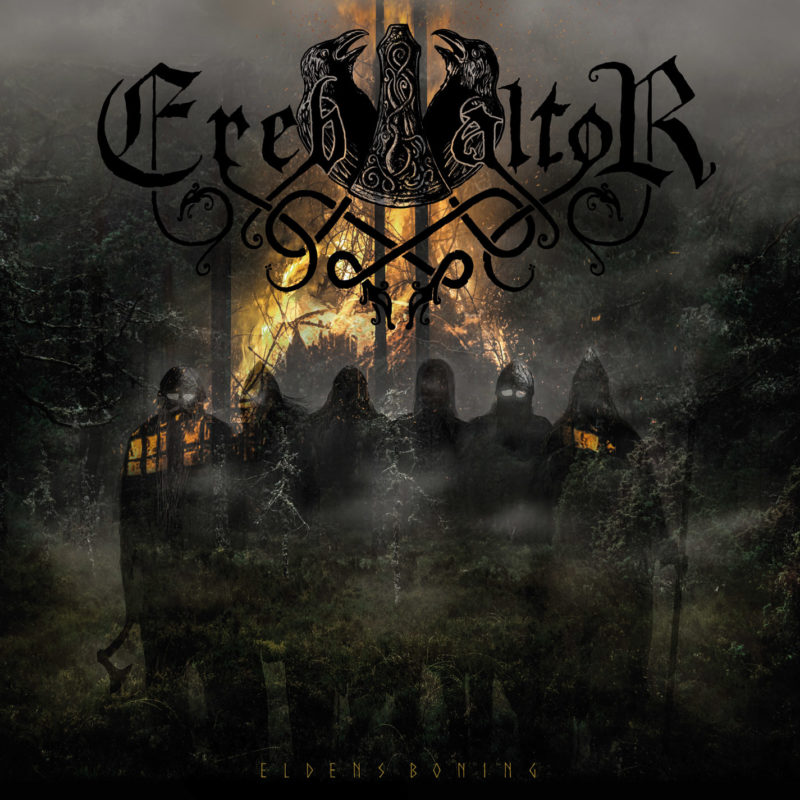 Ereb Altor always promises one thing with each release: Epic, Folk-blended Metal inspired by the Norse legends. “Eldens Boning” keeps any fan satisfied with a true and sincere Pagan theme in its lyrics and art. Each song delivers in full and features some of the best work from the band yet.

The opening track “The Twilight Ship” builds the atmosphere before exploding into a classic Ereb Altor, a True Heavy Pagan Metal song focused on epicness. Sharp Heavy Metal riffs, Nordic melodies, catchy choruses and pounding drums, an enrichement to the bands future live-set. Followed up by “Fenrisulven” which sees Ereb Altor tread new paths, that of an all acoustic song, that really leaves an appetite for more of this. Very atmospheric, calm as a Swedish lake in the morning it features great violin parts, skaldic in feel, a great addition to the Metal songs! The title track is the third song on this EP and it is classic Ereb Altor, blending in their Blackened roots, full speed ahead with the grim rasping vocals taking the lead. Never losing the focus on epicness, and graced with killer guitar solo-work. A raging song for sure. Closing song “Sacrifice 2.0” might refer to the “Sacrifice” song on the “Fire Meets Ice” album, but this new song is a much swifter and tighter, that is once more the mix of epicness and Ereb Altor’s blacker roots.

Ereb Altor’s songwriting style is their biggest strength, they write killer songs, memorable songs. When they break away and get into some real shredding they even add to the incredible strong atmosphere. Just like on their last album “Järtecken” from 2019 Ereb Altor incorporates keyboards to even build up their strengths some more. Ereb Altor succeeds in blending Viking/Pagan themed Epic Metal with the more dark roots of Swedish Black Metal, resulting in an EP (20 minutes playing time) that is classic Ereb Altor.