Danish Konkhra is joining Батюшка and Malevolent Creation on Панихида European Tour in February and March 2020.

Even though Denmark may be synonymous with King Diamond and Lars Ulrich in the first place, it certainly has its quality death metal representation. Konkhra is the leader of the pack. Having celebrated 30 years of its formation, the band released its most recent album titled “Alpha and the Omega” in 2019. Throughout the years, Konkra has hosted such renowned names in its ranks as James Murphy (Death, ex-Testament) ora Chris Kontos (ex-Machine Head). After several dates in their homeland, it’s time for the Danes to assault the rest of the Continent during Panihida Tour 2020! 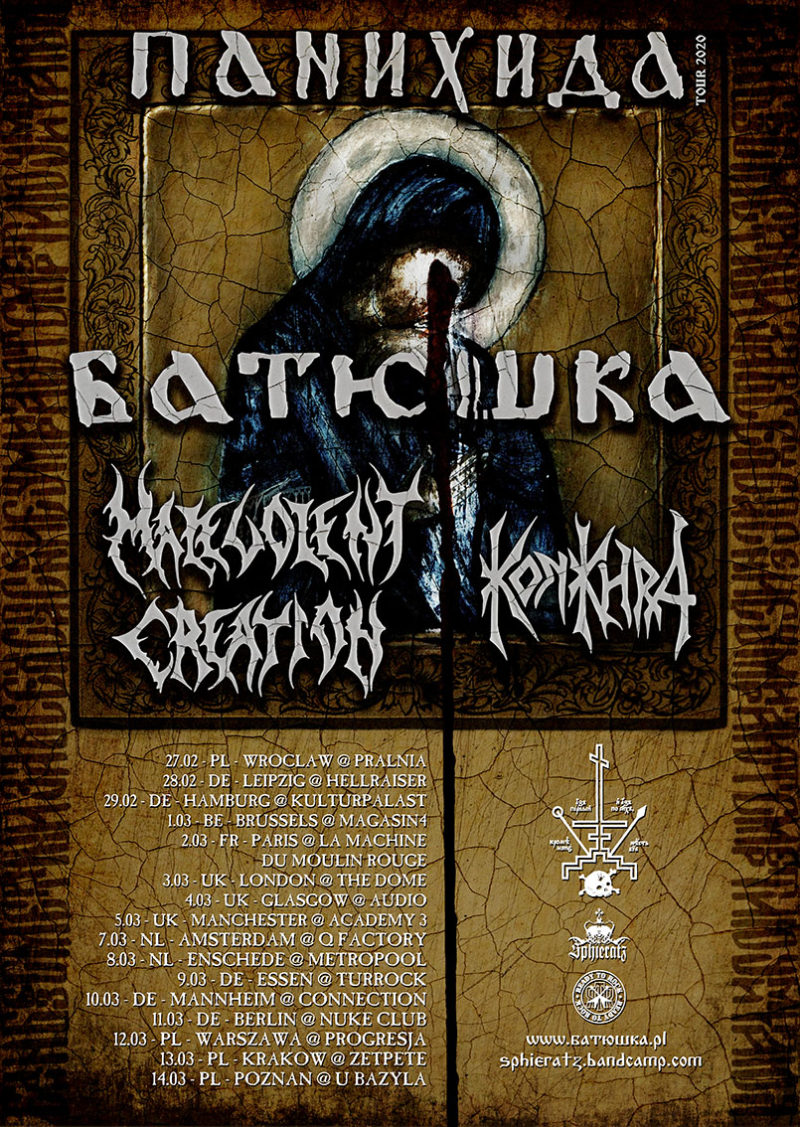