Defy the Curse presents “Eidolon of the Blind”

Defy the Curse presents you their new song “Eidolon of the “Blind”! Hammerheart will release the album on CD, vinyl LP, and cassette tape formats, with apparel. It features artwork by Rafal Wechterowicz from Too Many Skulls (Slayer, Ghost, Kreator) and it was recorded, mixed and mastered by Toneshed Studio (Dead Head, Inhume, Trouble). Get your orders in now via the link below.

In a compact three minutes or so, Defy the Curse pack this new song with a lot of delirious, dire, and daunting experiences.

The music is menacing and mauling right from the start, a vicious and viscerally compelling attack of pummeling double-kicks, skull-smacking snare strikes, swarming HM-2 guitar abrasion, and cold-hearted roars. Even when the music downshifts into a somewhat less maniacally ferocious experience, the gut-slugging bass, blaring chords, and raw howls still put a premium on pulse-pumping hostility.

The band’s crust-punk influences show themselves too, in scampering beats and slashing riffage, though the sound is still crunchy and crushing. And the changes keep coming as the music slows and begins to drag the listener through a trough of skulls, creating sounds of blaring desolation and moaning misery, augmented by weird, wailing guitar tones high up in the range and by vocals that seem as tormented as they are enraged. 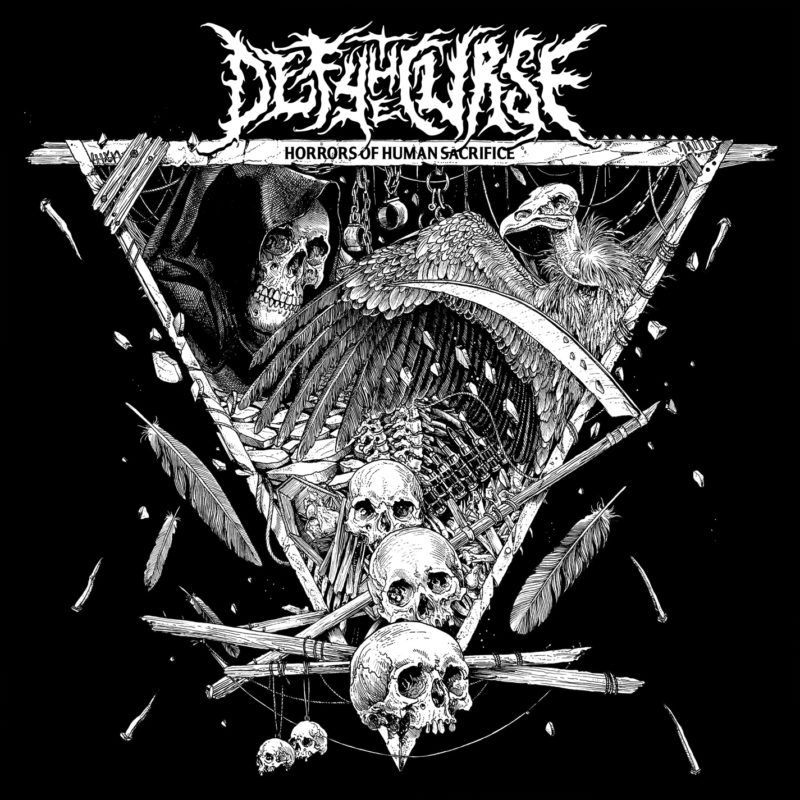