Defleshed – “Under The Blade” vinyl re-issue!

One of the most intense Metal albums when it comes to the crossover between Thrash & Death Metal! For the first time as a regular vinyl edition!

The album holds the best riffs of the entire career of the formation. The skull-splitting riffing of “Metalbounded” hits the listener like a heavy hammer and the same goes for the merciless rasping of “Entering My Yesterdays”. The whole material terrorizes the audience with an orgy of high velocity and shredding guitars and the album’s level of aggression is amazing. It appears only logical that the cover version of “Curse the Gods” waives the calm intro of the original. The Thrashing fundament has been enriched by some blast beats and the big portion of brutality gives the output a Death Metal flair every now and again. 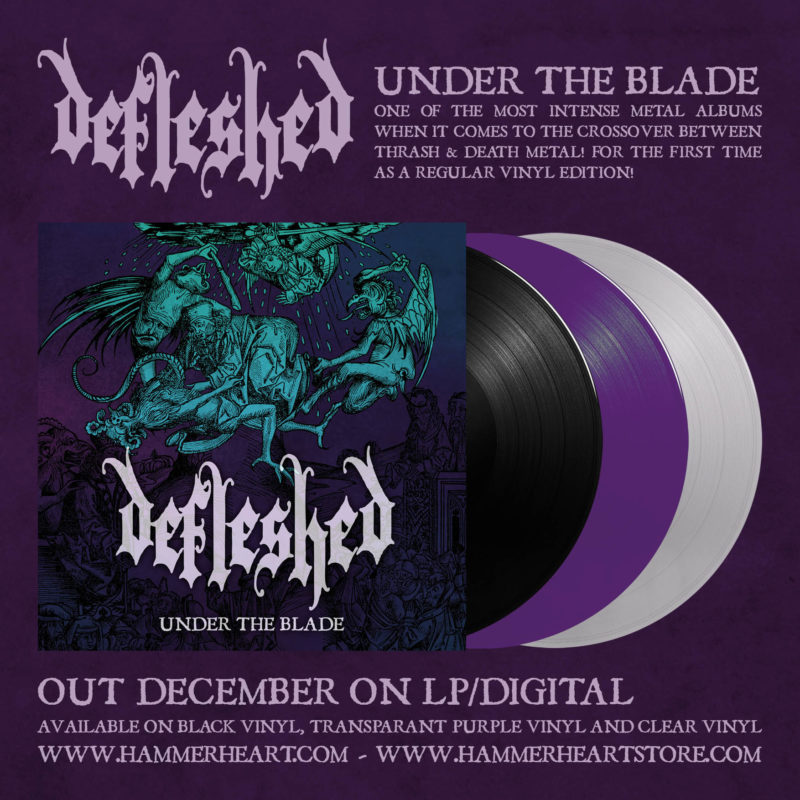