Consumption presents “Suffering Divine”, a Symposium of Sickness that leaves no artery untorn!

Grinding Death metal is not dead yet and it’s future is here in the form of Sweden’s Consumption. They gave us all a nice taste of what was to come on their debut “Recursive Definitions of Suppuration” that received good reviews worldwide, but no one could have expected what was to come.

Consumption is a new Swedish band producing crushing Carcass influenced Grind/Death and on “Necrotic Lust” have stepped up to make the album Carcass never made after “Necroticism – Descanting the Insalubrious”. This project is the brainchild of multi-instrumentalist Håkan Stuvemark, famous for his works with a huge bunch of extreme Metal bands (and the most notable from that list is Wombbath). And he invited the experienced drummer Jon Skäre to complete his band and go for the next level.

Consumption’s grinding Death Metal with eerie melodies sound like Carcass in their 90’s prime yet they also have a distinct own touch. And on “Necrotic Lust” they invited Jeff Walker (of Carcass) to join in a Jeff did a killer job on delivering some guest vocals.

The overall sound of the album is now upgraded, unpolished yet well produced just like it should be if you deliver high class Death Metal that grinds a bit as well. The array of vocal techniques and the way passages differ in speed and intensity give “ Necrotic Lust” the extra finishing touch. 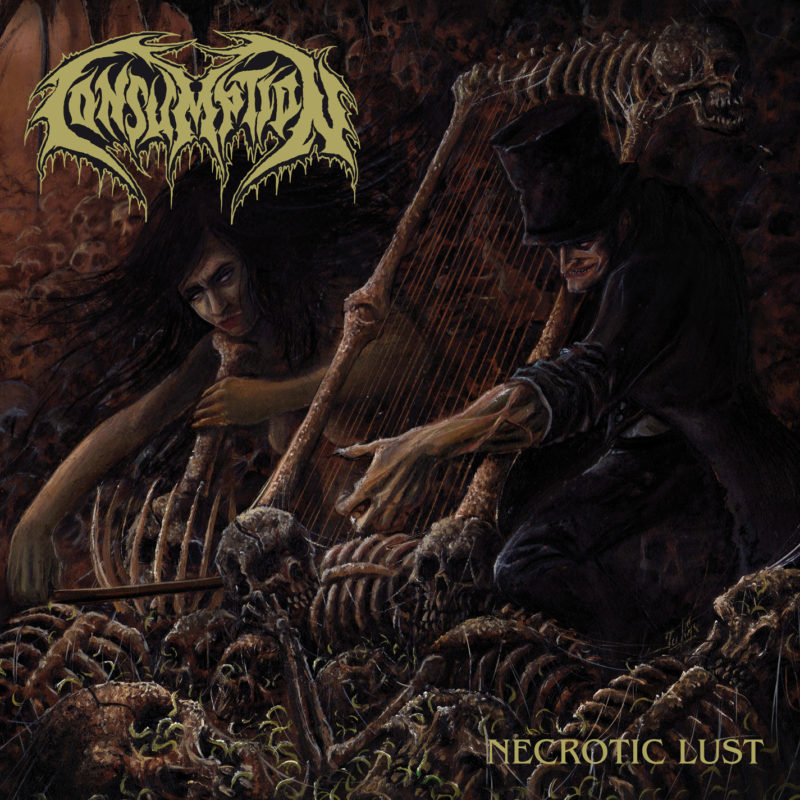