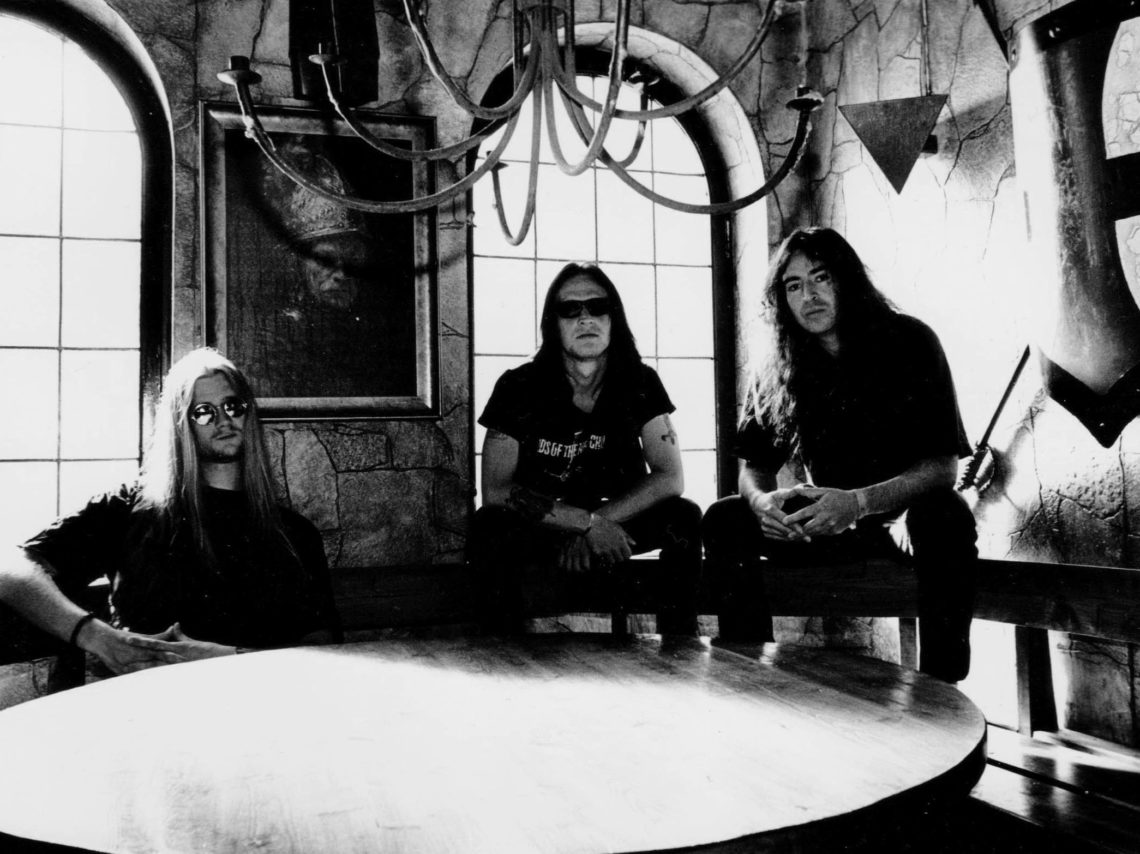 Tristitia is another gem from the glorious epoch of Holy Records and these recordings possess a superior, totally personal and theatrical sound full of magic and nostalgia. The whole concept of this band is able to place you somewhere in the Middle Ages, mocking crazy inquisitors and trying to escape from witch hunt. Sadly Tristitia wasted a lot of its potential and it remained in the shadows, but maybe that is where they belonged anyway.

Though Tristitia is considered a Blackened Doom band, musically there are no obvious Black Metal elements, but the term refers to the atmosphere, the anti-Christian lyrics and the few high-pitched vocals which differentiate it from the typical Doom sound. By the sound of a Gregorian chant accompanied by rhythm guitars one is immediately transferred within the walls of an ancient dark abbey, where suspicious monks disguise and obscure macabre crimes. One could think of the Italian medieval sounding band La Reverdie for a similar mystical feeling.

The production with its resonance, and a good amount of reverberation on the drums, creates a sensation as if a group of heretics has conquest an old cathedral and uses it to practice reversed rituals and to unleash its blasphemous anti-Christian preaching. Pretty unique and intriguing atmosphere even if it might feel pretentious to some. The material is very rich in ideas and thoughtful changes. This is a different approach to Doom with lots of lead melodies and classical influences drenched to gothic romanticism. The riffs are inventive, dark and melancholic, original and instantly pleasurable to the ear. There is nothing similar to Tristitia so it is difficult to describe it perfectly but certainly each listener will get unique images and feelings from it.