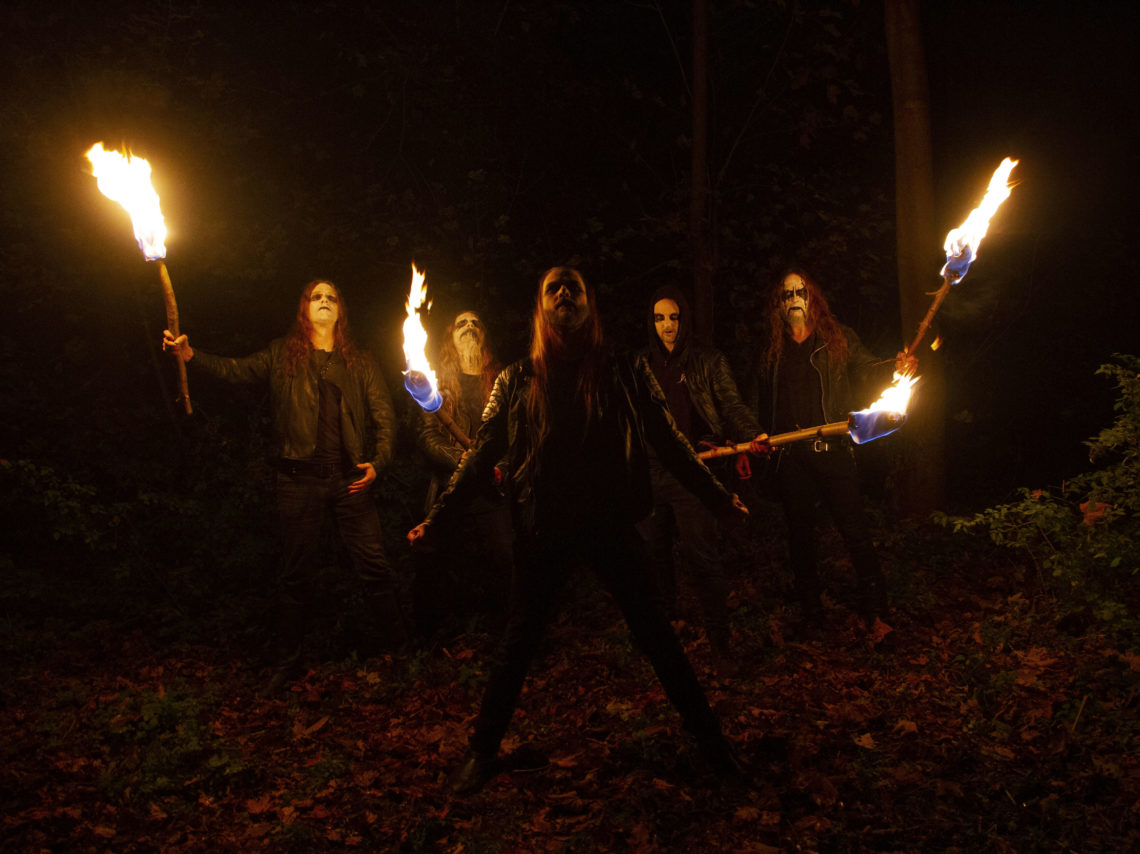 Salacious Gods was founded in 1994, in the deepest, darkest and coldest swamps of Drenthe, the most godless for forgotten part of The Netherlands. Ever since the beginning Salacious Gods created raw and traditional black metal influenced by old Samael, Tiamat and Destruction. During the years following the inception of the band, the Dutch scene was soiled with several legendary live rituals, subsequently followed by the spawning of their first demo recording “The Slumbering Silence”.

During these early years Henri Sattler (God Dethroned) witnessed the live rituals of Salacious Gods and signed them to his label Coldblood Industries. Under the banner of Coldblood Industries two albums were released: Askengris and Sunnevot. Both releases received were hailed by the international press.

After these two monumental albums a new drummer Fjildslach, was added to the line-up, giving Salacious Gods a more straight in your face black metal sound with more rawness and aggression. This resulted in the third album, “Piene” which was released by the German label Folter Records. Salacious Gods embarked on several European tours with bands like Watain, Shining, Urgehal, Behexen, Sear Bliss and Skyforger.

After several line-up changes, wounded bandmembers, lost recordings and facing more adversity, a curse has been spelled and Salacious Gods was forced into a hiatus.

But now 15 years after Piene the Gods from Drenthe are back to kick you in the nuts. The curse has now finally been conquered and a new era has begun by spewing the fourth album into existence hence called ‘Oalevluuk’ (Old curse). Expect 50 minutes of aggressive, pure and raw black metal, straight from the swamps of Drenthe. The album was written 10 years ago and has now finally been recorded. The mastering of ‘Oalevluuk’ is done by Necromorbus (Watain, Funeral Mist, Ofermod). The current line-up of Salacious Gods is partly the same as in ‘90’s, perfected with the addition of some local black metal veterans. The bandmembers have been active in various bands such as, Lugubre, Kjeld, Infidel Reich, Uuntar, Orewoet, Standvast, Gärgäntuäh, Udegste and Iku-Turso.

Salacious Gods is well known for their energetic live rituals. So expect a bunch of wild, rabies infected madmen!