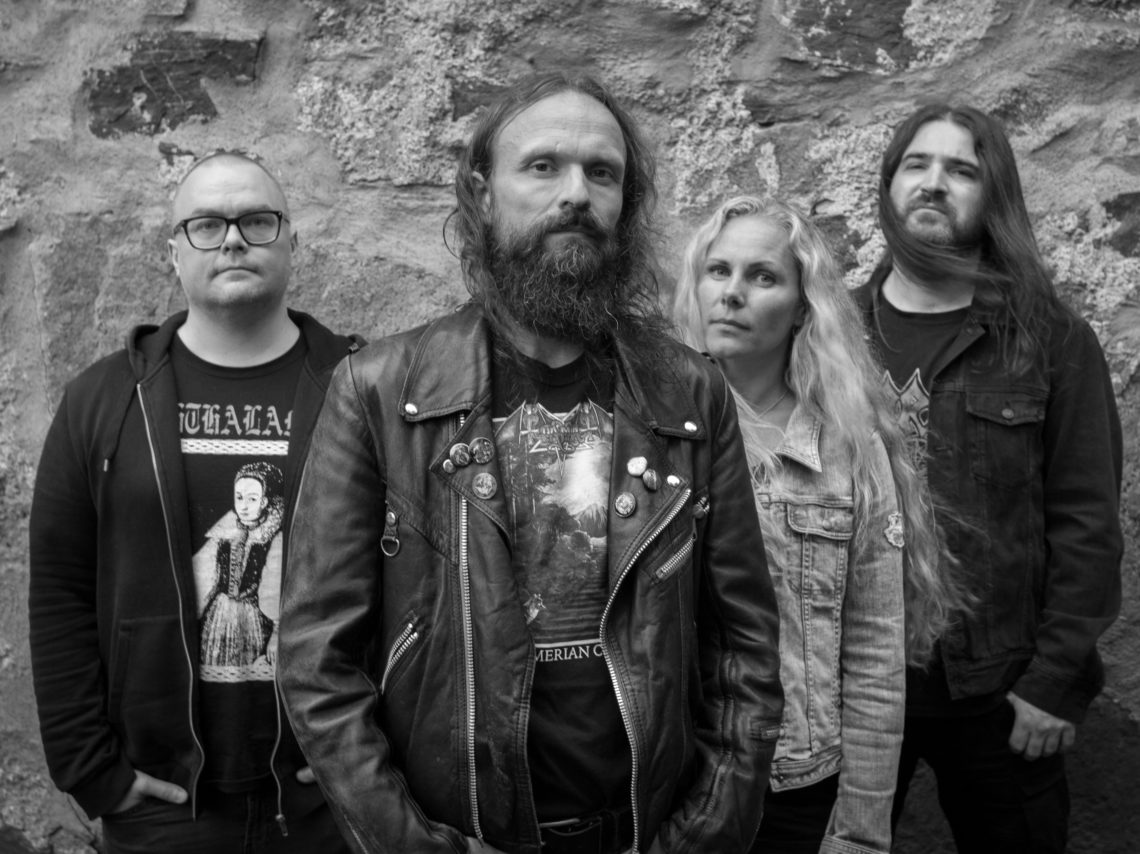 Ever since the band first roared way back in 1990 temporarily as Desiderius, Runemagick have taken more than just a few drastic left turns. Various hiatus, line-up changes, label troubles… You name them. But very few could have predicted how strong their latest awakening would prove to be, especially after a ten years slumber. But that is not dead which can eternal lie as HP Lovecraft once said about another monstrous entity…

Their first full-length in over a decade, 2018’s Evoked From Abysmal Sleep saw them relinking with their ancient death metal roots. Still centered around its core trio of founding member Nicklas ‘Terror’ Rudolfsson (guitar & vocals), Emma Rudolfsson (bass) and current Katatonia skin basher Daniel Moilanen, and completed by lead guitarist Jonas Blom (an old acquaintance who played in the band during late 90’s), after few selected dates (including their first appearance on US soil) instead of resting on their laurels the Swedes decided to follow their muse and get even more epic and mystic.

The result is one of their most fruitful recording sessions ever, split in between their own recording place and the Sonic Train studio run by King Diamond’s Andy LaRocque, a longtime ally of the band who had last worked with them on the Envenom album back in 2005. Spread over two separate releases – a vinyl only EP on September 27th The Opening Of Dead Gates and first and foremost their 13th full-length Into Desolate Realms on October 25th – the impressive new body of work is probably their most ambitious and accomplished effort yet. Feeling in retrospect that Abysmal was “an okay yet quite straight-forward and a tad rushed”, Rudolfsson (who wrote all the music and lyrics for it except from the instrumental ‘Ash and Silence’, written by Blom) and co. take Runemagick with Into Desolate Realms into, indeed, new sonic territories, familiar yet different and still bleak and fascinating at the same time. With a new found clarity and yet heavier than ever, they’ve now gone almost psychedelic, but as in ‘trance inducing’ and ‘portal to another dimension’ psychedelic, without losing their touch with their early roots.

Runemagick has always been one unique band that plays by its own rules and at its own pace. Driven by a renewed sense of purpose and now with the backing of Germany’s High Roller Records, Into Desolate Realms not only cements that ideal but strengthens it, soon to be the highlight of their now already eventful three decades long career.