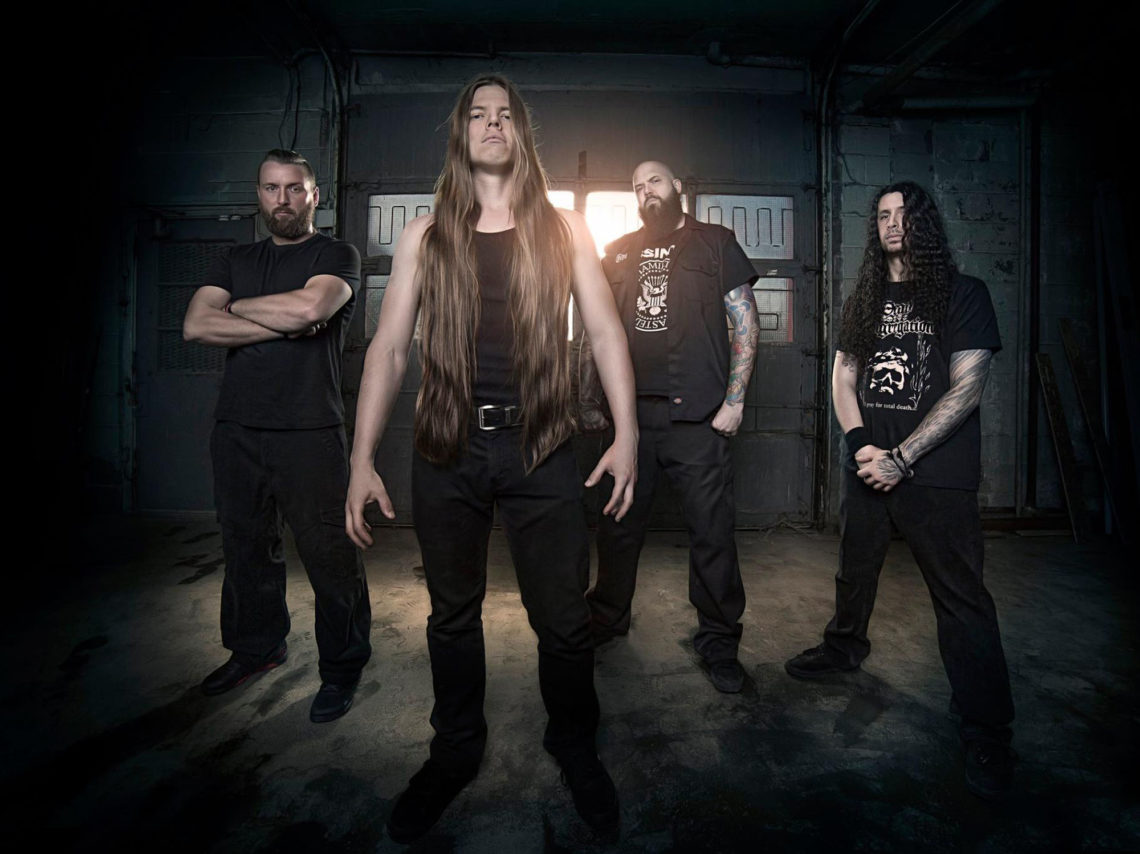 Cryptopsy is an influential extreme metal band from Montreal, Quebec, Canada. For over 20 years, they have sculpted and pushed the boundaries of their metal genre by releasing seven studio albums (Blasphemy Made Flesh, None So Vile, Whisper Supremacy, And Then You’ll Beg, Once Was Not, The Unspoken King and CRYPTOPSY), a live album (None So Live), a best of (The Best of Us Bleed) and an EP (Ungentle Exhumation). After being on a record label for their entire career, Cryptopsy decided to go independent in 2012. Supported by their fans, Cryptopsy distributed and sold thousands of albums across the globe and had the opportunity to tour Japan, Western and Eastern Europe, the UK, South America, Scandinavia and Canada. Now in 2015, rather than a full album, Cryptopsy will release the first instalment (Tome 1) of a series of EP’s entitled The Book of Suffering. The band has said that The Book of Suffering Tome 1 is some of the most brutal, dark and technical music they have ever created.