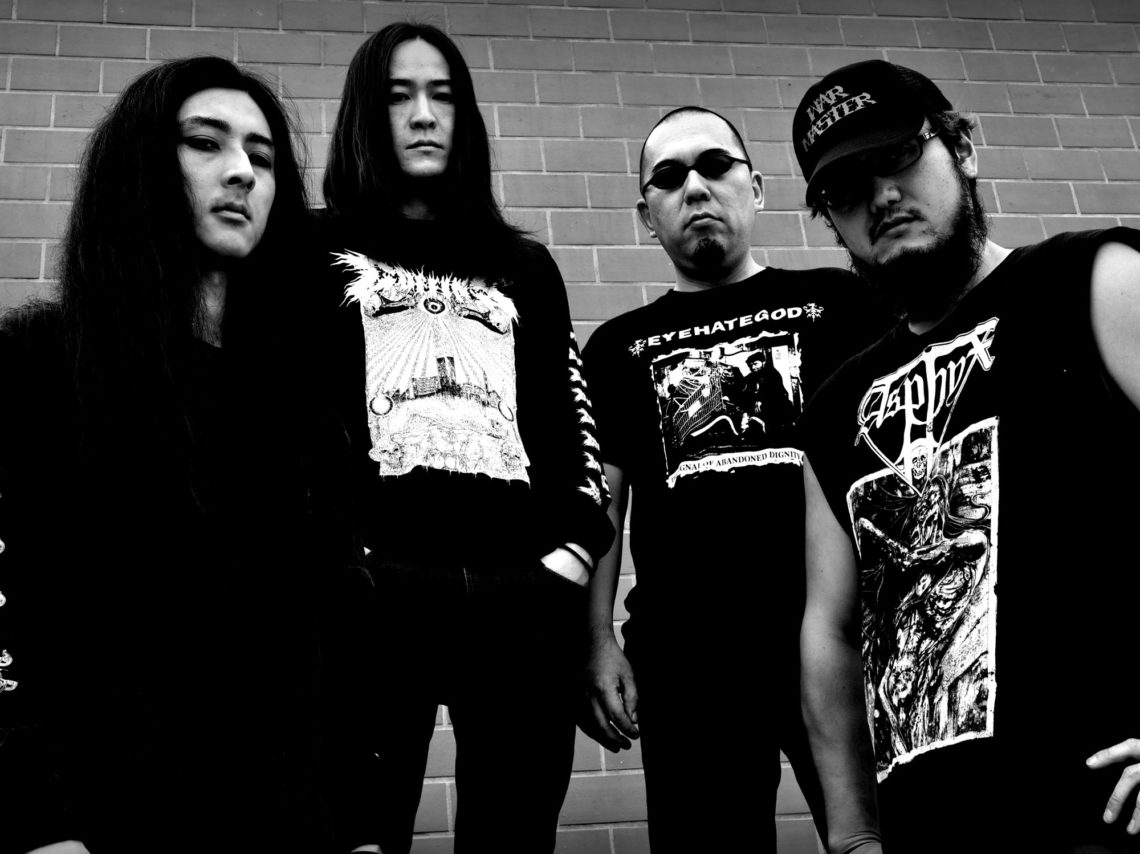 Coffins is a Japanese doom-death band, formed in 1996, that has scavenged the depths of evil and darkness throughout their decade-plus existence as they slowly work toward a flawless refinement of all the things we love about the genre. According to Exclaim!, Coffins might not innovate but instead “reanimate one of the darkest, most oppressive chapters of metal with consummate style and punishing panache.”

Additionally, the band has performed shows with bands such as Yob and Kylesa, and has made appearances at Roadburn Afterburner and Los Angeles Murder Fest. Coffins also just finished a massive European tour, following thorough excursions in the east and west coasts as well as a successful tour in Australia.

A refreshing and mind-bending amalgamation of doom and death metal’s greatest moments, Coffins has been described by The Sleeping Shaman as the sound of “deranged, zombie Sumo wrestlers who discover a mix tape of Celtic Frost, Cathedral, Autopsy and Necrophagia.” Nonetheless, there is no denying that, regardless of any esteemed influences these titans might bring to mind, no one is doing metal quite like Coffins right now.