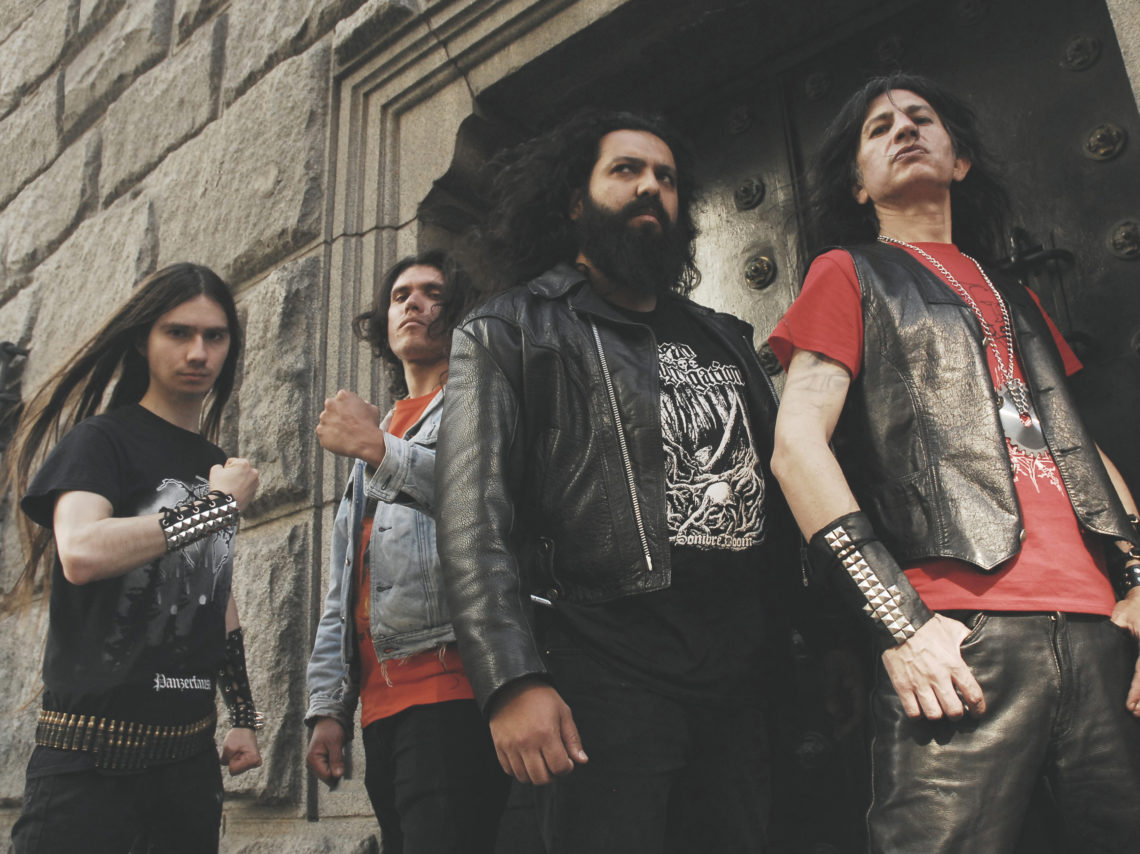 An absolute banger front to back! Apostasy deliveres a classic South-American Thrash Metal album with “Death Return”, released as a 500 limited vinyl edition, just because we can!

Although Chile’s thrash metal scene had taken a few years to fully fire up beyond innovative demos from Pentagram, Masacre, and Necrosis in the mid-80’s the true explosion of underground forces would fire into the abyss in 1988. Full-lengths from Warpath and Necrosis coincided with demos from heavier, more intricate newcomers including a long-lost rehearsal tape from Valparaíso based Apostasy.

The rise of bestial terror would reign bloody hell across South America as the world began to dig beyond Sepultura’s debut and in turning the cross upside down in Chile it’d be Atomic Aggressor’s ‘Bloody Ceremonial’ and Apostasy’s ‘Fraud in the Name of God’ (1989) demos that would ‘legitimize’ the underground scene beyond Pentagram’s impressive beginnings.

We know there were more dark forces at work back then already, such as Sadism and Torturer, but in the realm of pure thrash it was Apostasy’s “Sunset of the End” (1991) that had the most potential to speak to the worldwide thrash metal scene of the time who were reeling from the glory of peak Sepultura, Dark Angel, Sadus and the rise of death metal beyond the 80’s. In our mind it is as vital an entry to exemplar South American thrash metal as ‘Beneath the Remains’.

So, there is great weight attached to receiving a follow-up release 30 years later.

There is a great purity in the majesty of “Death Return” as it evokes the old days while extending the bullet-belted extremist thrash of their first album nearly three decades later. It is rare anymore today that we hold a record in our hands and truly covet its possession and not because of nostalgia but for the powerful heavy metal within. We would say as a full listen this 39 minutes thrasher is quick, straight to the point evil and brutal thrash metal in the most classic sense and that’ll always be our preference above most other forms of metal.