Collision just released a new crusty grinder from their upcoming mini album “The Final Kill” called “Shattered Glass And Severed Heads”! Go check it out and mosh in your living room!

In April 2020 Hammerheart Records will release the final goodbye by Dutch Crossover Masters Collision in the form of their mini album “The Final Kill”. This release will be their final output and Collision goes out with a big bang! The LP is limited to 250 copies (150 on black and 100 on magenta/white vinyl), the MC is only 50 copies.

The Dutch Grind and Thrash maniacs from Collision present to you their final mini album: “The Final Kill”! In over 20 years existence, Collision are well-known for aggression expressed in violent screams and controlled chaos in the rhythms and riffs! Possibly more intense and guaranteed to mosh up any metal, grindcore, and hardcore-punk crowd Collision kick your ass! If you want a band to cause maximum damage whilst battering it’s way though seven adrenaline fueled vitriolic time bombs, Collision has the answer!

The artwork is again done by Luis Sendon.
Recorded by Erwin Hermsen at Toneshed Studio
The LP version will include a S.O.D. cover as bonustrack 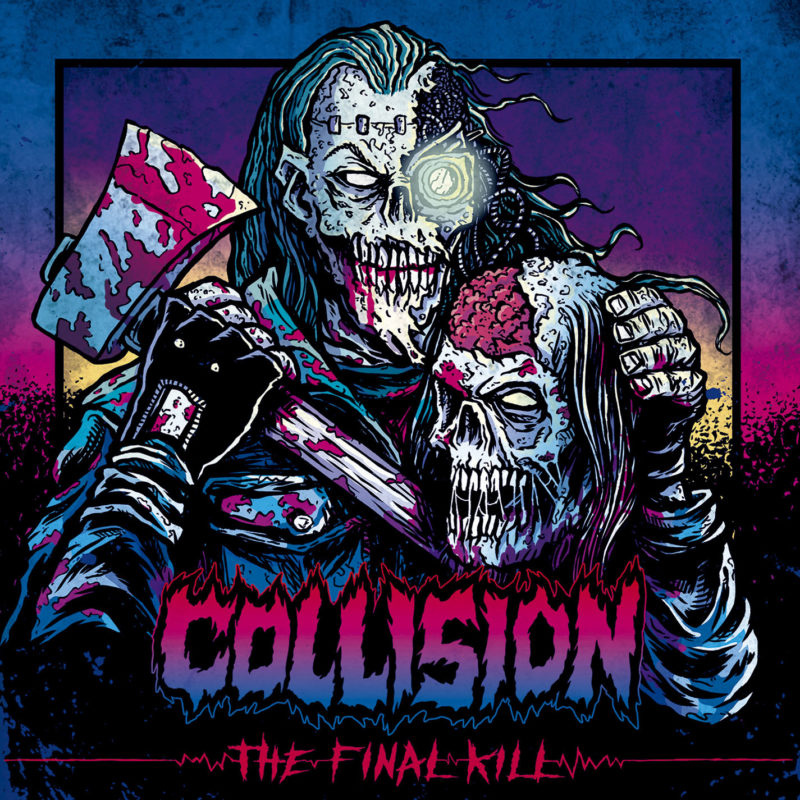