Hammerheart Records will re-release “Esoteric Tales of the Unserene” from Sarcasm, both the CD and LP in july at earliest. It all depends how the corona situation will affect this business in the months to come. Cheers and take care! 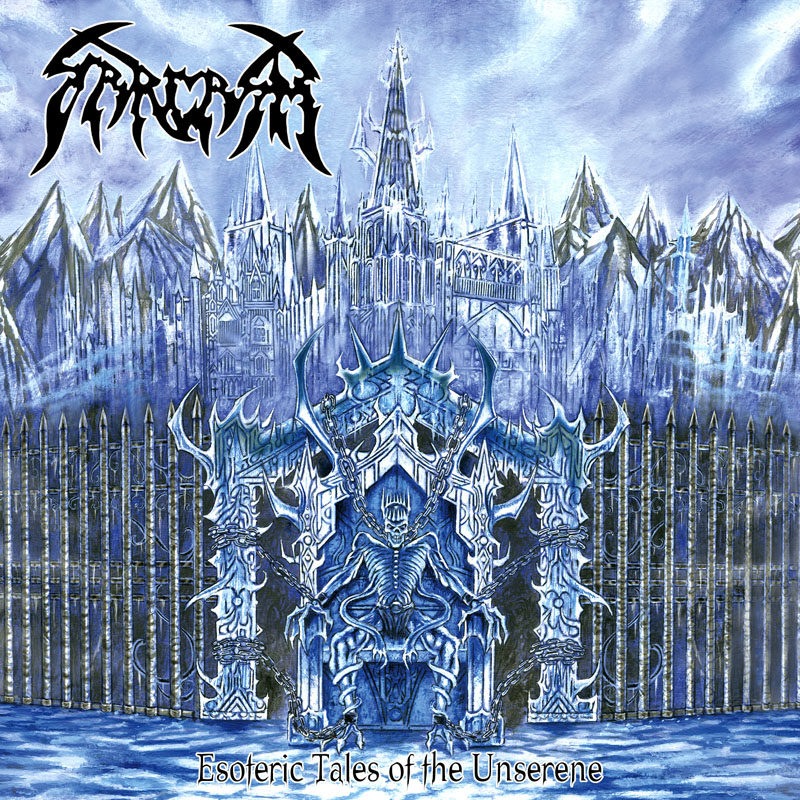 Sarcasm’s long awaited second album Within The Sphere Of Ethereal Minds was a triumph of will over tragedy. The vibrant proof that twenty-three years (!) after their last recording, a band could come back from the dead and deliver against all odds their best album yet, despite the numerous obstacles on their path, least being the tragic and sudden death of their drummer, the sadly missed Oskar Karlsson, just months before they were meant to enter the studio. Not only does Esoteric Tales Of The Unserene repeat that feat but adds new shades and sounds to their already epic style, proving that nearly three decades after first forming back in 1990 in Uppsala, SARCASM still have something new and relevant to say.

After another line-up tweaking – right after Ethereal Minds recording, the band and Matte Modin amicably parted ways to allow the veteran drummer to focus on his other bands. That saw Alvaro Svanerö from Imperial Domain joining Sarcasm, they wasted no time, musically expanding even more for what might be their boldest and most ambitious album ever.

Whereas the longtime fans will instantly recognize their savvy mix of classic Scandinavian death and black metal sounds, it’s probably Esoteric Tales Of The Unserene wide spectrum of emotion and elaborate melodic hooks that will make the most lasting impression, almost cinematic in places yet jam-packed with catchy riffs one after the other for 36 minutes. Still firmly at the microphone, founding member Heval Bozarslan underlines that whereas “the theme of our first album was about death and darkness and Within The Sphere Of Ethereal Minds was about energy and self-empowerment, but this one is thematically centered on the notion of devolution and narrow-mindedness, told from different metaphysical perspectives.” After the quite colorful artwork of the first two albums, the ice- blue tint, chains and overall visual coldness, Esoteric Tales Of The Unserene underlines that overall theme, “just how nothing moves on.”